I am here to share my sense of awe and wonder. If we took a walk together and I suddenly saw a ghost crossing the street, I would probably grasp your arm and ask: do you see what I see? If there were no one around and the ghost lingered on, I might probably run to the nearest sober person, bring them to that very spot and ask: Can you see that? Tell me that what I see is real!  Almost every person I asked has a story to tell about something unexplainable, strange, borderline supernatural or psychic that they witnessed or that happened to them directly. To me, it happens on a daily basis, it has become part of an unlikely routine: I meet people, I read their charts, I can point to important events or psychological turning points in their lives, I sometimes make wild improbable predictions and many of them come true. It works most of the times but I have absolutely no clue why. To me, astrology is utterly unexplainable.

I am an astrologer and I often find myself contradicting those who claim that there is some kind of scientific argument for which astrology works. For instance, there is clear proof that the Moon has an influence on the human metabolism, but any creditable astronomer would be appalled by my conclusion that the Sun-Pluto opposition reflects some kind of psychological complex that might have been present for many generations in my client’s genealogical tree. And I believe that astronomer to be right. In spite of its revolutionary advancements during the last century, “Science” is still defined by the paradigm of materialism and determinism in terms of widespread mentalities. There is absolutely no argument that would make astrology work in such a perspective. There were many respectable attempts to make it sound “scientific” and the most well-known was Claudius Ptolemy himself; he presented a model of astrology that at the time was meant to fit the Aristotelian scientific canons. However, with the shift towards a heliocentric representation of our solar system, the Ptolemaic system crumbled to pieces. I still find myself using a causal vocabulary and say, for instance, “Jupiter in Libra will trigger…”. It does not cause anything, nothing justifies this determinism any longer. Best case scenario: it reflects.

So far, astrology best makes sense in a hermetic world view, where it functions just as efficiently as any other form of divination. For instance, in the Greco-Roman world, one of the most popular forms of predicting the life of a newborn was to slice the liver of a goose in very thin layers and to identify the geometrical shapes, the lines drawn and their correspondent meanings. Of course, for the mind of the ancients, the bird’s liver did not “cause” anything to happen in the baby’s life. It simply functioned like a mirror. In a neo-platonic model of the universe, the positions of the stars at the time of birth, the figures found in a bird’s liver and the soul of a newborn are all reflections of a higher reality, which is the Soul of the World. Imagine your soul as a photographic memory of the “moods” of the World at the exact time of your birth. Astrology makes sense in such a universal design of perpetual mirroring and correspondences. Maybe the mirrors work both ways. Whenever you are out at night under a starry sky imagine yourself witnessing a conclave of silent beings watching silently and writing down any single movement of the milliards of tiny mortals. The stars might be hoping that one day they will be able to read something of their own future in the havoc and turmoil of human existence. Maybe they look at one another in confusion and awe and there is always a silent question between them: Do you see what I see? Tell me that what I see is real!

Like Loading...
"We live our little life; but Heaven is above us and all around and close to us; and suns and stars are silent witnesses and watchers over us." - Albert Pike
"The Silent Watchers? Whoever they are, I'm not one of them" - My noisy friend 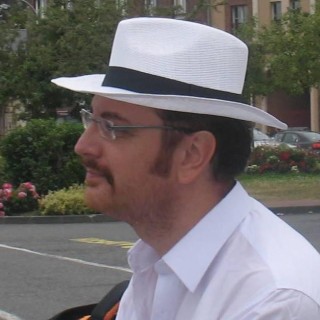